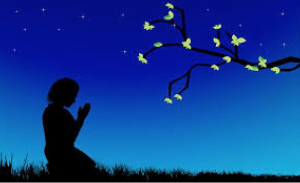 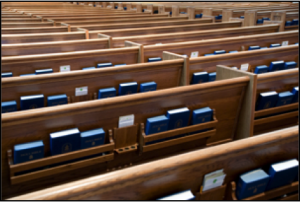 Responding to a consumer behavior shift By Joan Voight

Levi’s boasts of designer jeans made out of used plastic bottles. Nike tempts runners with knitted sneakers that it claims cut manufacturing waste by 88 percent. These products may be the tip of a marketing iceberg, as new research shows a growing pool of global consumers are demanding that mainstream brands be sustainable.

“It’s not about offering a niche green product,” said Jonathan Kirby, vp of global men’s design for Levi Strauss. “We’re working to build sustainability into everything—from the cotton fields to our supply chain, to our stores, to our designs across product lines.”

Case in point: Each pair of Levi’s Waste<Less collection of jeans, launched in Spring 2012, is made from about eight recycled plastic bottles, Kirby said.

Nike takes a similar approach with the FlyKnit shoes it debuted last year, which are marketed as a high-tech advancement using yarn instead of leather uppers for a better fit and a reduction in waste. “FlyKnit is a great example of our innovation and commitment to products and services that are better for athletes, our planet and our investors,” said a company rep. “We’ve seen a strong response from runners and it’s safe to say it’s going to be a big [sales] year for FlyKnit.”

Numbers confirm that shoppers are increasingly seeing green. More than a third of global consumers, including 40 percent of millennials, view style, status and environmentalism as intertwined, per a 2013 survey by brand consultancy BBMG. These consumers love shopping and overwhelmingly desire responsible consumption. “For them, sustainability has changed from being ‘the right thing to do’ to being ‘the cool thing to do,’” said Raphael Bemporad, BBMG’s chief strategy officer.

Target is tapping into the trend with its “Sustainable Product Standard,” unveiled earlier this month. Household cleaners, beauty and baby products that pass the standard will be advertised with the “Choose Well” designation and get unique product placement, said a company rep. “This new standard is a first step toward sustainable innovation in our full product assortment,” she said.

J&J, for instance, recognizes 34 of its consumer items as sustainable through an in-house “Earthwards” evaluation, which includes R&D, marketing and the supply chain. The plan is for “marketing to leverage Earthwards’ claims for brands, such as Neutrogena and Johnson’s, in ways that relate to the products’ core benefits,” said Paulette Frank, vp of sustainability for Johnson & Johnson Consumer Companies. “We’re still learning how to communicate and engage with consumers on our product sustainability improvements,” she added.

But the CPG giants risk becoming outdated as green design and marketing become the new normal in their categories. “It’s the ratchet effect,” said Nigel Hollis, chief global analyst at brand consultancy Millward Brown. “Look at the way Method spurred Clorox to launch the Green Works products. Once one brand in a category incorporates sustainability in a way that benefits the consumer at a fair price, it is tough for competitors not to respond in kind.”