The world’s biggest-ever solar project — a $200 billion venture in Saudi Arabia — comes with a “batteries included” sticker that signals a major shift for the industry.

SoftBank Group Corp. partnered with the oil-rich Saudis this week to plan massive networks of photovoltaic panels across the sun-drenched desert kingdom. The project is 100 times larger than any other proposed in the world, and features plans to store electricity for use when then sun isn’t shining with the biggest utility-scale battery ever made.

The daytime-only nature of solar power has limited its growth globally partly because the cost of batteries was so high. Utilities that get electricity from big solar farms still rely on natural gas-fired backup generators to keep the lights on around the clock. But surging battery supplies to feed electric-car demand have sent prices plunging, and solar developers from California to China are adding storage to projects like never before. 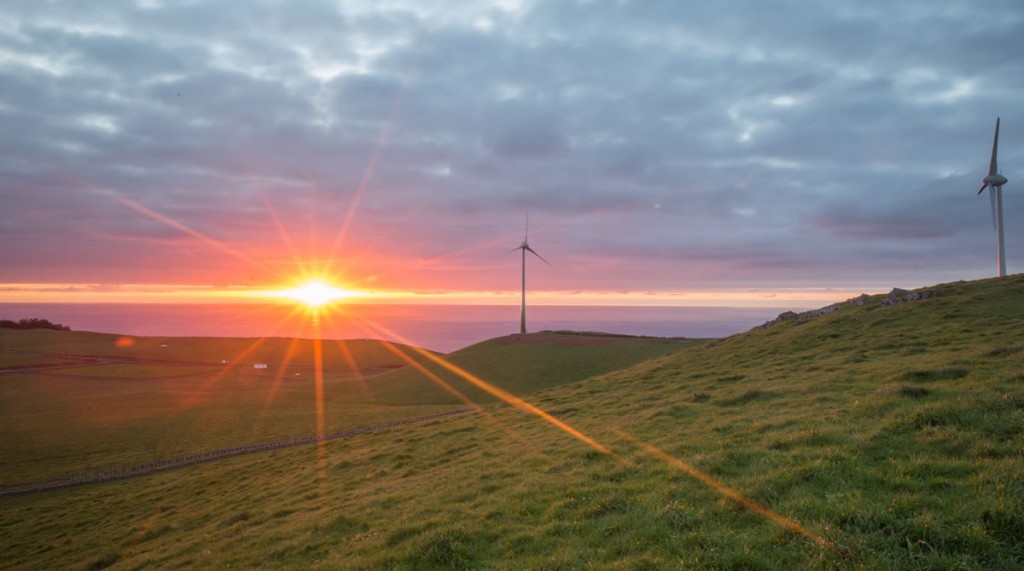 Last month, the National Hurricane Center reported that Hurricane Maria, the sixth fastest hurricane on record, caused an estimated $90 billion in damage in Puerto Rico and the U.S. Virgin Islands. This would make it the third costliest hurricane in history, following Katrina and Harvey.

Now seven months later, there are still parts of Puerto Rico that are still without power. I can only imagine how this prolonged outage is making relief and recovery efforts difficult.

For those of us in the energy business, we see a better pathway for communities to avoid prolonged outages that hinder relief and recovery efforts.

One solution – already in the marketplace and in use around the world – is the combination of energy storage and islanded grid systems.

Islanded systems, also known as microgrids, can operate with or without a connection to grid. When you add energy storage, communities benefit from a more flexible, versatile distributed energy resource.

What exactly does that mean?

And, renewable energy costs are the lowest ever. So, with islanding and storage combined, microgrids can safely lift limits on renewables, bringing a substantial benefit in places where electricity prices exceed the cost of electricity for renewables.

The Graciosa Hybrid Renewable Power Plant, located on the island of Graciosa in the northern part of the Azores, an autonomous region of Portugal, is a recent example of a Greensmith microgrid project that will combine solar and wind generation, together with energy storage using lithium-ion batteries. When completed, the Graciosa plant will enable 1 MW of solar and 4.5 MW of wind power to be supplied to the grid, reducing the region’s reliance on imported fossil fuels and significantly reducing GHG emissions.

Beyond the advanced energy storage technology Greensmith is known for, we help a growing number of power companies and developers integrate and maximize a diverse mix of grid resources using our industry-leading GEMS software platform. Our suite of proven grid-scale and microgrid energy storage solutions delivers renewables integration, reliability and resilience. In fact, more than one-third of all energy storage capacity installed in the United States is running on Greensmith’s GEMS software platform, which provides full visibility into a grid system operation and can pinpoint and isolate any malfunctions.

Faster response time means a greater chance of avoiding power outages. And, as we have seen in Puerto Rico, and the bomb cyclones that hit the northeast in March, extreme weather events were happening much more frequently across the country and the world.

The frequency of natural disasters is an important reason that more of us should look at energy storage and microgrids as a necessary infrastructure improvement for customers and utilities.

It’s clear that, while microgrids are complex systems, when deployed with energy storage solutions, they are essential to the evolution of our power grid.