Building owners and property managers that take on the responsibility of limiting energy consumption can be looked at as environmental leaders. While energy management adds extra tasks to everyday lists, the benefits outweigh the time and money spent, which is usually returned in savings.

There are numerous areas to take into consideration when it comes to commercial buildings, and being that commercial buildings are generally large, the impact can be large as well. These areas include the HVAC system, chillers, windows, lighting, electrical equipment, and any other factors that may be contributing to the building’s energy consumption.

While there are various ways to be involved with bettering the environment outside of where you live and work, starting in a place that you occupy everyday has the potential of having long term results if the actions are carried through as often as you’re there.

Consider creating an outlined approach for managing the building’s energy with these areas in mind:

Identify Sustainable Alternatives Where Energy is Being Used:

Assess the Purpose of Every Area:

These are questions you should ask yourself if you’re trying to assess energy consumption and find that alternative route to save not only energy, but money as well.

After addressing these questions, you may find yourself planning to make some changes. Here is the information you should know for doing so:

Energy Efficient Equipment: Whether it’s the HVAC system, the utility lighting or the other various appliances being used in the building, there are energy-efficient options to consider. This includes ones with ENERGY STAR ratings, which match the standards set by the government.

Settings & Thermostats: Just by being knowledgeable about specific settings and the different types of available thermostats, you can be saving a substantial amount of energy. Depending on the type of building and the function(s) of the building, settings can be applied to use less energy in an area that doesn’t need it. The same idea goes for thermostats. Programmable thermostats allow for precise regulation of energy consumption. This means making sure the temperatures aren’t set too high or too low when the building or part of a building isn’t in use. Programmable thermostats keep the location comfortable when needed, but help save energy when it’s not.

Lighting: It’s better to be the building that turns its lights off when it isn’t being used, than a building that keeps them on 24/7. It’s also important to consider energy-saving types, such as LED or solar. With these kinds, you can also invest in timers and dimmers.

HVAC Size: According to ENERGY STAR, “at least 25% of all rooftop HVAC units are oversized, resulting in increased energy costs and equipment wear.” Determining what size HVAC system the building needs is a job for a professional technician, and it’s an important part of the overall building assessment.

Maintenance: Building maintenance is not only important for saving energy and money, it’s important for the building’s health and those occupying it. This includes electrical, HVAC, plumbing, etc. While there are tasks you can manage on your own, there are specific tasks that are recommended for the hands of a professional technician. Whatever the area, it’s important to have maintenance scheduled. Having a definite schedule helps to prevent sudden issues, which prevents sudden energy loss as well.

Technicians: Certain companies know the importance of offering energy-efficient services. This means that they practice in ways that are beneficial for the environment. Research the companies in your area and look for the ways they’re working to save energy and you money. This is an important quality, and more companies are beginning to realize that.

Windows, Replacements & Other Areas of Loss: Other ways to assess energy is by looking into the not so obvious. This includes windows, old systems that don’t show signs of stress until it’s too late, and too many running appliances and pieces of equipment causing heat. If windows aren’t sealed properly, especially in summer and winter, your HVAC system may be working harder than it has to in order to reach the desired temperature. Leaks of hot or cold air will cause this. Another concern are systems that don’t show signs of stress. If the system is old, it’s definitely recommended to have it maintained, even if you think otherwise. The inside has moving parts that may be working very hard to keep it running, and the machine giving out might be the first sign if you wait too long. Lastly, there may be too much heat. Too many heat producing appliances or pieces of equipment may cause the air conditioner to work harder, similar to an open window on a hot summer day.

Commercial buildings don’t function alone, they need the help of energy, and all building owners and property managers can help conserve it.

John Losey is the owner and founder of The BP Group, a leader in Commercial HVAC Services

A ballot measure approved Tuesday improves the economics of solar in the Sunshine State. 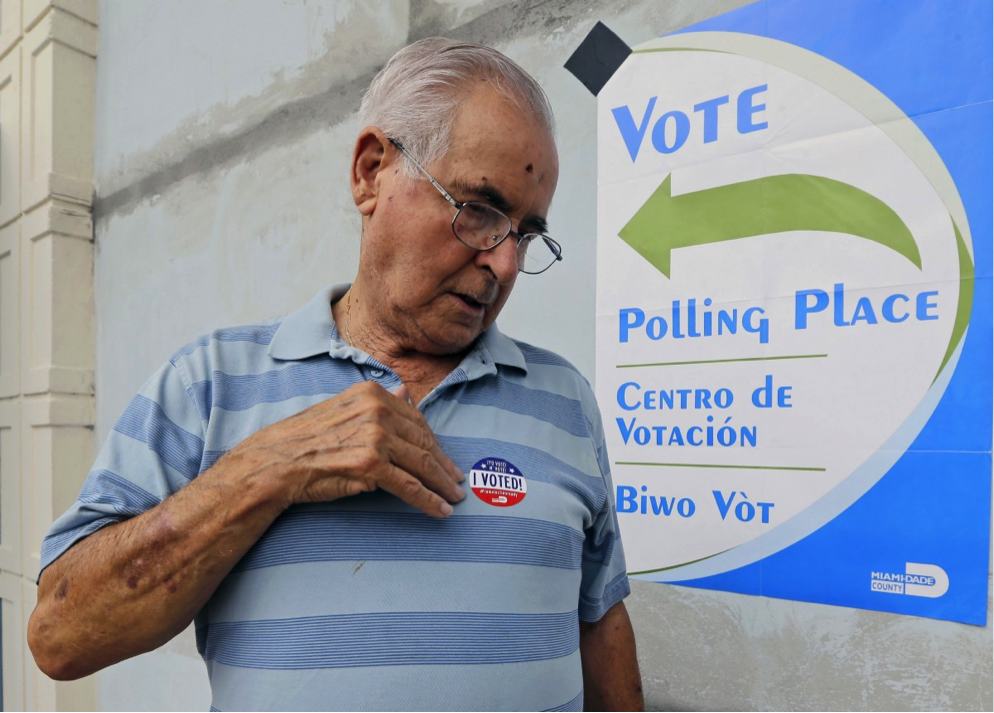 Solar advocates finally got a win in the Sunshine State on Tuesday, as voters approved a measure to get rid of property taxes on solar equipment.

It’s not surprising that the measure passed, although the overwhelming support was a morale boost for the industry, which has faced hurdles in Florida. Amendment 4 received 72 percent approval overall — and needed only 60 percent to pass.

“The passage of Amendment 4 is a victory for Florida’s taxpayers and businesses” — Rep. Ray Rodrigues (R)

The amendment was the culmination of a bipartisan effort from the state legislature to make solar more affordable, especially for big box stores and for solar companies that offer leased equipment. While homeowners themselves were already exempt from paying property tax on solar equipment that they owned, businesses were on the hook.

“The passage of Amendment 4 is a victory for Florida’s taxpayers and businesses,” State Rep. Ray Rodrigues (R) said in a statement. “Floridians will benefit from lower taxes, reduced energy costs and the increased security of a diversified energy portfolio.”

Rodrigues cosponsored the bill putting the amendment on the ballot, along with fellow state representatives Lori Berman (D) and Dwight Dudley (D). The amendment had broad support from solar industry groups, environmental groups, and traditional business groups such as the Florida Chamber of Commerce, the Florida Restaurant and Lodging Association, and the Florida Retail Federation. The amendment will now go back to the legislature to be enacted into law.

“With this Florida amendment, the economics of solar have improved.” — Ragan Dickens, Walmart

Supporters are hoping the tax break will spur companies such as Walmart, IKEA, and Costco, which have made massive investments in solar elsewhere in the country, to install solar panels on their Florida stores. It will also allow solar leasing companies such as SolarCity to improve their margins.

“While we don’t have any onsite solar installations at our stores in Florida right now, we’re always looking at opportunities to add solar at stores across the country where it makes economic sense,” said Ragan Dickens, director of sustainability communications for Walmart. “With this Florida amendment, the economics of solar have improved, and we’ll certainly evaluate our opportunities there.”

According to the Solar Energy Industries Association, a Washington, D.C.-based industry group, Florida has the third-most potential for solar in the country, but it is only 14th in amount of installed solar — even while installing 90 percent more solar in the past year. Massachusetts, Colorado, and North Carolina all have more installed solar.

“It’s clear Floridians want better access to affordable, clean energy options and this vote is a significant step in the right direction,” SEIA vice president Sean Gallagher said in a statement. “Now it’s time to keep the momentum going. To ensure a bright solar future for Florida, customers should vote NO on Amendment 1, the anti-solar amendment that will be on Florida ballots this November.”

Amendment 1 was certainly the dark cloud on the horizon during the Tuesday’s Amendment 4 party.

If Amendment 1 passes, it will prohibit Floridians from selling their electricity to third parties. In effect, it would do away with Floridians’ rights to lease solar panels, since, in that situation, the owner of the panels generally sells the electricity to the homeowner. Leasing solar systems has been an effective and popular way to allow homeowners to go solar without paying for the system up front.

Opponents have argued that the measure is designed to limit rooftop solar in Florida, and, as written, is intentionally confusing to voters, who might not understand what they are voting for.

“[Tuesday’s vote] is a big step forward for Florida, removing a longtime barrier to solar adoption, and the wide margin shows voters want rooftop solar,” said Will Craven, a spokesman for SolarCity. “But Amendment 1 in November could be three steps back, as it aims to trick these voters into supporting something that sounds pro solar, but would actually put a thriving solar industry further out of reach. Only monopoly utilities will benefit from a Yes on 1 vote, everyone else will lose.”

The state Supreme Court ruled against that argument in March and allowed the measure to go to voters during the general election.

Amendment 1 will also face a 60 percent threshold for approval, but there is expected to be a significant media campaign encouraging people to vote yes on 1.