Mass migration begins as coastal homes are bulldozed in the state facing the biggest threat from climate-driven inundation. 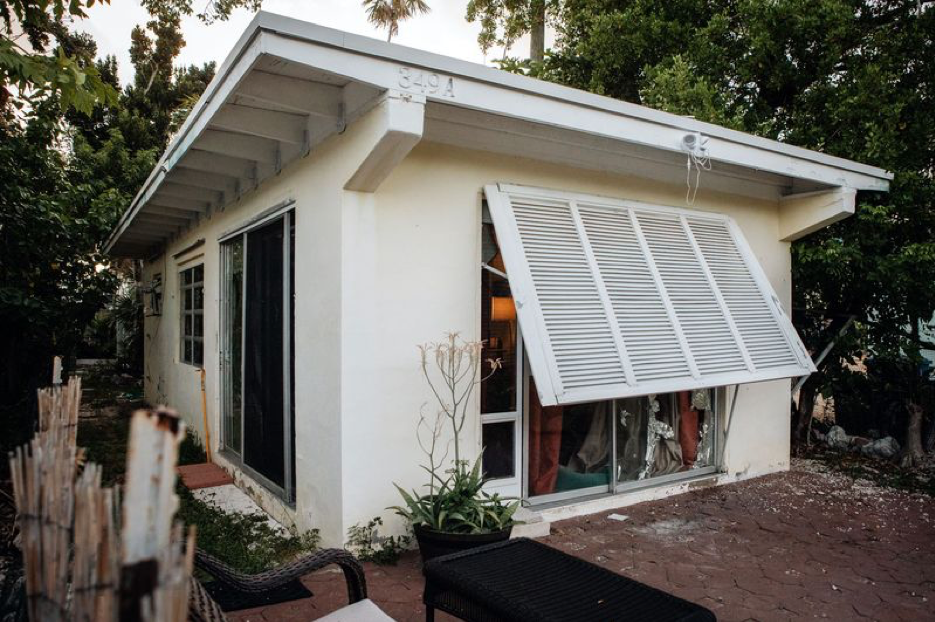 Lori Rittel is stuck in her Florida Keys home, living in the wreckage left by Hurricane Irma two years ago, unable to rebuild or repair. Now her best hope for escape is to sell the little white bungalow to the government to knock down.

Her bedroom is still a no-go zone so she sleeps in the living room with her cat and three dogs. She just installed a sink in the bathroom, which is missing a wall, so she can wash her dishes inside the house now. Weather reports make her nervous. “I just want to sell this piece of junk and get the hell out,” she said. “I don’t want to start over. But this will happen again.” 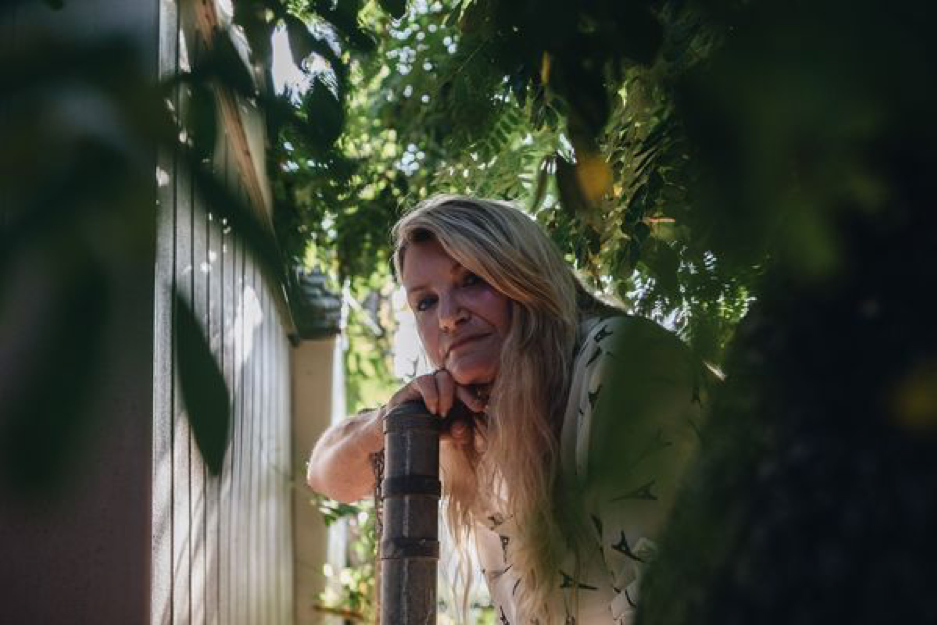 The Great Climate Retreat is beginning with tiny steps, like taxpayer buyouts for homeowners in flood-prone areas from Staten Island, New York, to Houston and New Orleans — and now Rittel’s Marathon Key. Florida, the state with the most people and real estate at risk, is just starting to buy homes, wrecked or not, and bulldoze them to clear a path for swelling seas before whole neighborhoods get wiped off the map.

By the end of the century, 13 million Americans will need to move just because of rising sea levels, at a cost of $1 million each, according to Florida State University demographer Mathew Haeur, who studies climate migration. Even in a “managed retreat,” coordinated and funded at the federal level, the economic disruption could resemble the housing crash of 2008.

The U.S. government’s philosophy has been that local officials are in the best position to decide what needs to be done. Consequently, the effort has so far been ad hoc, with local and state governments using federal grants from the last disaster to pay for buyouts designed to reduce the damage from the next one.

“The scale of this is almost unfathomable,” said Billy Fleming, a landscape architecture professor at the University of Pennsylvania. “If we take any of the climate science seriously, we’re down to the last 10 to 12 years to mobilize the full force of the government and move on managed retreat. If we don’t, it won’t matter, because much of America will be underwater or on fire.”

If not for the $174,000 that Rittel, 60, owes on her mortgage, the Montana transplant would have left long ago. Insurance money is insufficient to rebuild, so she applied for one of the buyouts, administered by the state with $75 million of Irma-relief cash from the U.S. Department of Housing and Urban Development, as long as it lasts. 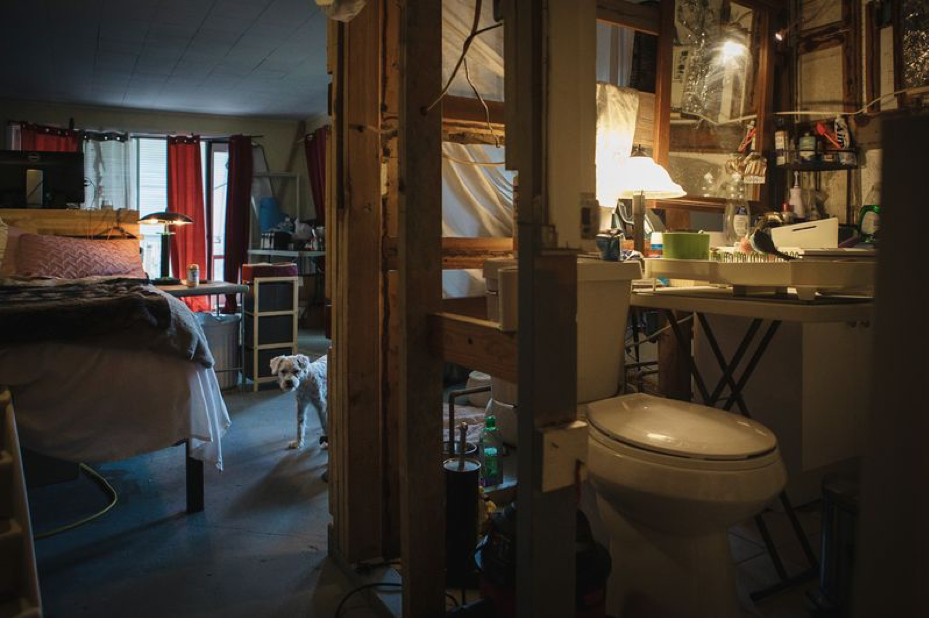 Florida accounts for 40% of the riskiest coastal land in the U.S., according to the Union of Concerned Scientists, but it’s done little so far to pull people back from the coasts and lags behind states such as New Jersey, North Carolina and Texas. Across the country, the effort is still more theory than practice, even as a consensus among planners grows that “managed retreat” may be the best of bad options.

This year, HUD made available $16 billion for climate resilience, its first dedicated fund to fortify for future storms. Nine states, plus Puerto Rico and the Virgin Islands, will decide how to use it, whether to build sea walls, put houses on stilts or move people out of the way. The money is a fraction of what’s needed, and the process is moving at the speed of government.

A study by the Natural Resources Defense Council this month found that buyouts by the Federal Emergency Management Agency, which responds to disasters, take five years on average to be completed. By that time, many homeowners have rebuilt or moved. Similar data isn’t available on the grants from HUD, which also provides money to demolish homes.

“It’s a slow-motion emergency,” said Rob Moore, director of NRDC’s water and climate team. “But it’s happening right now. These last three hurricane seasons show us what it kind of looks like.”

A FEMA spokesman said the agency supports the  voluntary acquisition of flood-prone structures and provides the grant funding, but the prioritization of projects happens at the local level first and then by the state acting as the recipient. The agency believes each county floodplain manager and local official knows the needs of their communities best and are responsible for land usage and permitting.

About 6 million Floridians will need to move inland by century’s end to avoid inundation, according to Hauer, the demographer, in a 2016 paper. By then, about 80% of the nearby Keys, the archipelago that includes the tourist mecca of Key West, will be underwater. About 3.5 million people would be flooded in South Florida’s Miami-Dade and Broward, the two counties with America’s biggest exposed populations.

“Florida’s doing it at a really small scale,” said A.R. Siders, an assistant professor at the University of Delaware who studies climate adaptation. “Compared with the new housing units going up in South Florida, I don’t know if that would even cancel out.”

Number of people at risk by county from a sea level rise of 1.8 meters

But Florida runs on tourism and real estate revenue, and managed retreat is a phrase that makes real estate listing agents nervous. But there’s another Florida housing bubble waiting to pop. The Union of Concerned Scientists warns of a coming housing crash — from Miami to San Mateo, California — on a scale worse than last decade’s foreclosure crisis, caused by climate change — from flooding to heat waves and wildfires.

Cities are only starting to grapple with where to resettle residents, and how to transport communities and hometown identities. And homes on higher ground will also demand higher prices, worsening an affordability crisis.

Fifteen years after Hurricane Katrina, Louisiana is trying to relocate the Native American settlement of about 100 people on the Isle de Jean Charles, a narrow island that lost 98% of its land over the past six decades to climate change. It’s working with a $48 million grant from HUD for buyouts and to help them start anew on a 500-acre sugar cane field 40 miles north that the government will populate with homes and businesses. Importantly, it will be 9 feet above sea level. All but three of about 40 households have signed on.

“They’re starting to scale this up,’’ said Jesse Keenan, a social scientist at Harvard University who also specializes in climate adaptation. “This is about building up institutional knowledge on how to do this.’’

​​​​​​​New Jersey has a $300 million fund for buyouts and has purchased hundreds of houses since Superstorm Sandy in 2012, though like Florida, even more homes have been built on the coast in the meantime. Harris County, Texas — which includes Houston, ravaged by a series of storms including 2017’s Harvey — has done more than 3,000 FEMA buyouts, more than any other county in the U.S., according to NRDC.

In Monroe County, Florida, where Rittel lives, the planning is just beginning. The county has applied for $5 million of the HUD money — the state maximum. Already, about 60 local homeowners have applied, so it will require triage. Senior citizens, families and residents in the riskiest flood zone would get priority, said Assistant County Administrator Christine Hurley.

Rittel isn’t sure how long she can hang on.

Her insurance payout of about $100,000 would cover repairs to the 640-square-foot house. But the county requires that when more than 50% of a home is damaged, that it be completely rebuilt to meet modern storm-resiliency codes and — in her flood zone — on stilts. That would cost at least $200,000, money she doesn’t have.

She dreams of resettling in Key West or Homestead, a safer spot on the Florida mainland.

“I’d like to take the money and run,” Rittel said. “But I’ll have to buy something on stilts. I’m not buying anything on the ground down here ever ever again.”

This story is part of Covering Climate Now, a global collaboration of more than 220 news outlets to highlight climate change.